Do You Have Any Tax Questions?

To assist you, Our tax specialists have provided answers for some of the frequently asked tax questions; however, if your question is not listed below, please feel free to contact us. We will be more than happy to help you! 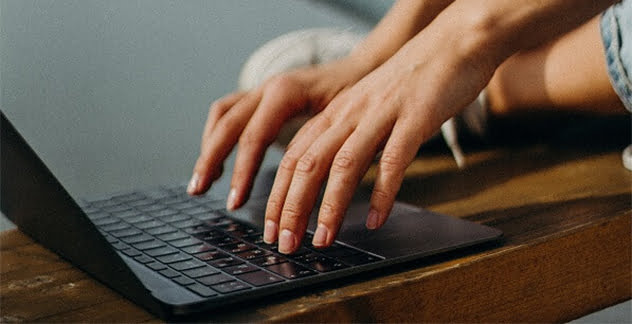 Why do we pay taxes? What is the point?

The taxes we must pay each year go toward raising money to help pay for programs and services that are authorized by the state and federal governments. This includes everything from national defense and welfare to social security, public schools, and basic infrastructure, such as highway maintenance.

How can I reduce my taxes?

You are going to have to do your research to determine the best tax-reducing strategy that works best for your situation; however, there are ways to get a reduction.

What happens if I do not do the tax filing by the deadline?

A tax extension requires that you still pay 90% of your estimated taxes by the original deadline. The difference is that you have six months to work out the specifics and file the final paperwork. It is good to know that you have some wiggle room if you need it, but ultimately, you are just creating a headache for yourself if you do not pay on time.

What if I stop paying my taxes forever?

You would be considered a tax protester, charged with fraud, and charged a penalty of 75% of all taxes owed. Furthermore, tax evasion can land you in prison; so, unless you live off the grid, spend or make an insignificantly small amount of money and barter with goods and services, you are probably going to have to pay taxes at some point.

What are the chances of an IRS audit?

There are usually three circumstances that cause the IRS to take a closer look at your return.

Should I file jointly or separately?

Unfortunately, there is no easy answer to this question since it depends on what types of deductions you and your partner might claim, medical deductions you might have, and your income levels. For instance, you do not have to file jointly to claim the child tax credit, but the $2K credit begins to phase out at $400K for joint filers and $200K for separate filers.

I did not make much money this year. Do I still have to file?

You do not have to file an income tax return if you make less than the minimum income requirements for the tax year. The minimum is different for those 65 and older, those who file jointly and separately, and those who are claimed as a dependent.

Who qualifies as a dependent?

A dependent is anyone who lives with you other than your spouse for whom you are providing more than half of your financial support. Children are the most common dependents, but elderly parents and other relatives can qualify, even unemployed friends crashing on your couch.

What are the tax brackets?

The idea behind the tax bracket is that if you fall within a certain earnings amount, your tax has a specific rate. For example, someone who makes $50K would fall within the 25% tax bracket; however, that is only part of the story. For someone earning $50K, only the money greater than $36,250 is taxed at 25%. The rest is taxed at 15% and 10%.

Why do rich people pay less in taxes than the non-rich?

Good question! It comes down to how the money was earned. It is also a matter of investment income versus regular income. People who make money from other amounts of money, such as investors, end up paying less lower effective taxes than those who make money from a regular job. That is because investment income is taxed up to 20% for people earning more than $434,551.

Regular income from a job, on the other hand, is taxed at 22% for people earning $38,701 and the rates only go up from there; so, is it fair? After all, money is money, no matter how it is earned; nevertheless, the money being taxed at a lesser rate is for someone who has enough to create investment opportunities that yield a significant return; thus, the wealthy are at an advantage. This is something billionaire investor Warren Buffet pointed out in his NY Times Op-ed piece, “Stop coddling the super-rich.”

When are taxes due?

You can know about tax due dates by asking our tax specialist in & near Bronx, NY, reading Tax Filing Deadline and our Google My Business posts.

What do we have to bring for tax preparation?

Personal data, adjustments, employment and income data, self-employment data, and itemized deductions are the required things which are consisted of various documents. You can read and gain more information by reading Tax Preparation Checklist.

You can also read one of our articles which is a step-by-step guide for tax preparation. Reading that can help you learn about tax specialist advice.

In summary, take a minute to assess your financial profile. Are you a joint filer or separate filer? Do you have valid deductions and credits that you can go after? Get the tax assistance by a tax specialist in & Near Bronx, NY you need by calling SCL Tax Services serving you in and near the Bronx, Eastchester, Westchester, Mount Vernon and Yonkers, New York.

We are here to relieve you of the tax pressure by offering a wide range of Tax Services In & Near Bonx, NY. If you need expert advice or need us to complete your taxes, we will provide it for you. We know you work hard, so we work hard to serve your needs.

Your time is valuable, which is why we are here for you.
Contact us